I wrote everything listed here. Plus a bunch of other stuff, but you only have so much time.

Promotional booklet for Dynamic Directions (a coaching and consulting firm)

Official Guide to the NICU for Owensboro Health

How a Rate Case Works for a Gas Pipeline Company

Renewable Natural Gas: The Fuel of the Future

The Difference in High Achievers (ghost-written)

The Value of Coaching (ghost-written)

Durall Wedding Orthodontics – wrote and organized copy for entire site (if full site does not come up, click here to read the copy)

I have designed, written and managed a company newsletter for 500+ employees, as well as for smaller companies. Examples include:

Over the last dozen years, I have written hundreds of articles in every format and about every topic imaginable. From the inner workings of natural gas pipelines to entrepreneurial principles to profiles of college students to reviews of websites, I’ve done it all.

Stan Willis is a Company Man

City Magazine (the magazine of the Kentucky League of Cities)

I conceived, created and maintained KWConnect, the official blog of Kentucky Wesleyan College for three years. We focused on college news and events, with profiles of students and alumni, features on unique college experiences and guest posts from students and faculty who were engaged in activities such as studying abroad.

I wrote these two books as part of an educational series aimed at young adult readers called Money at Its Best: Millionaires of the Old Testament. Published by Mason Crest Publishers, the series was released in December 2008.
____________________ 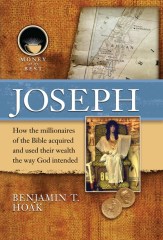 Joseph (Money at Its Best: Millionaires of the Bible)
Mason Crest Publishers, December 2008

The account of Joseph, son of the Old Testament patriarch Jacob, is compelling because of the enduring themes of integrity, forgiveness, and faith that echo through the dramatic highs and lows of Joseph’s life. Betrayed by his brothers, sold into slavery, falsely imprisoned, and then miraculously elevated to a position of wealth and power over all the land of Egypt-Joseph knew what it was to look deep into the darkest hour of the soul and still have hope. In doing so, he preserved the life of the infant nation of Israel and left a legacy of righteousness that resounds through three major world religions. 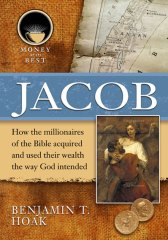 Jacob (Money at Its Best: Millionaires of the Bible)
Mason Crest Publishers, December 2008

Struggle is a constant theme of Jacob’s life, but he survives and learns to live according to the promises God has given to him. As Jacob learns to channel his energies toward what God wants for him rather than what he wants for himself, God blesses him in an earthly manner. Jacob becomes wealthy beyond the dreams of most people, with flocks and herds beyond measure. But Jacob’s story is not just about one man; it is also about his children and their descendants, who produce a great nation called Israel. 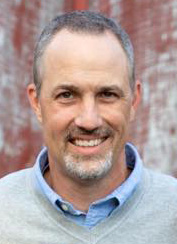